In early 2017, the Commissioners of Public Works in Ireland initiated a flood defence plan that would see the construction of aggregate River Feale embankments. The plan was first enacted in 1922, following the flooding of the River Feale, acting as a wakeup call for the local authorities. In recent years, it’s become clear that the river needs more reinforcement again due tonew extreme weather conditions. The flood defence plan initialised by Commissioners of Public Works in Ireland was a major step towards mitigating the damage caused by the Feale River Flood. A document titled Aggregate – River Feale Flood Defence Embankments outlines the resources, terms and conditions that must be followed by private partners on this project. This document is 57 pages long and is packed with detailed rules and guidelines that apply to all of the involved suppliers and partners. The plan is designed to protect the population and its surrounding areas from future flooding.

Computronic Group is providing a fundamental service towards the success of the River Feale project by using our expert drone fleet to gather data and geographical datapoints needed forother teams in the project to do their job. As proof of quality, orthographic drones are now being used by the United States Geological Survey to help with the defence against flooding rivers in America.

Our drones are equipped with cameras that allow them to take pictures of the riverbanks. These pictures are then used to create 3D models of the rivers. This model can be used to determine where the river is likely to flood and how much material will be needed to ensurerelief from flooding. These drones canprovide a bird’s eye view of the situation. These drones can be used to help assess the risk of flooding and provide information that can be used to help improve flood defences. This new technology is still in its early stages, but it has the potential to revolutionize the way we prepare for and respond to floods. Drones help engineers and scientists gather data and view the environment directly,through a three-dimensional model created using the data that these drones collect. This is important because it allows for a more accurate understanding of the high risk area, which can lead to better decisions being made about evacuation routes and potentially rescue efforts.

In some cases, the data collected by drones can also be used to track the progress of clean-up efforts after a natural disaster. The Environment Agencycurrently tracks flooding using gauging stations which allows it to spot when water levels are rising. Although it can also deploy aeroplanes and boats to assess the extent of flooding, abetter solution would be developing drones specialized for tackling the floods and climate change. Weather defence services should utilise ‘cheap’ drones instead of aeroplanes and helicopters to monitor rural areas. By gathering data about the affected area, orthographic drones can help create a more accurate and up-to-date model of the area. This model can be used to plan relief schemes and put in place rescue plans should they be necessary.

According to a McKinsey study, the construction industry struggles with a great deal of inefficiency. Large construction projects typically take 20% longer than expected to complete and are up to 80% over budget. Compared to other sectors, the constructionindustry has been slow in embracing new digital technologies, even though the long-term benefits are significant. Computronic Group believes it is time for disruption and according to the study, commercial drones – or unmanned aerial vehicles (UAVs) – are keyto this. In the past, orthographic drones were mostly used by the military. The use of drones in construction can help speed up projects, improve safety and lower costs, and most importantly contribute significantly to the completion and success of projects like these. Commercial drones can be used for a variety of tasks, such as surveying land, inspection of construction sites and buildings, and delivery of materials. 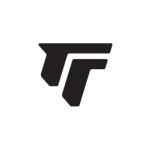 LOOKING FOR SUBCONTRACTOR?
We can Help